Dr. Kate’s passion for animals started young with horseback riding in her childhood home of Texas, attempts to train her family’s basenji (an impossible task) after moving to Massachusetts, and spending many afternoons wading in the pond to find the bullfrogs by her grandmother’s cabin in Bethel, Maine. Though she loved animals, she didn’t initially consider it as career, and instead followed her interest in writing and music to Kenyon College in the cornfields of Ohio.

After her freshman year, she traveled to Guatemala to volunteer at ARCAS, a wildlife rescue and rehabilitation center. On her first day, the staff veterinarian asked her if she wanted to suture lacerations on an injured crocodile, and the rest is history. After six weeks in the jungle, she returned to Ohio and switched her major to Biology, applying to vet school two years later.

Though accepted into several programs, Dr. Kate elected to defer for a year to see more of the world than the inside of lecture halls. She spent her summer after graduation working on a range-free pig farm outside of Ithaca, New York, then it was back to Guatemala to spend another six months at ARCAS wildlife rescue, to Thailand for a month where she worked with rescue elephants, and finally to the Australian Outback where she learned how to wrangle cows and two adorable Aussie children as a nanny on a cattle station.

Wanderlust satisfied, Dr. Kate attended the University of Pennsylvania to earn her degree in veterinary medicine. After four years in Philadelphia, she started her career in Bethel, Maine where she had spent her childhood summers. She loved the practice, but after too much time alone in the woods, she knew she needed to find somewhere with a few more people. Burlington is the perfect mix of community and nature, and Dr. Kate is happy to call Vermont home.

Outside of work you can find Dr. Kate paddling on Lake Champlain with her canine copilot Dingo, running on the trails, reading, writing, or (hopefully again someday soon!) playing with musical groups. 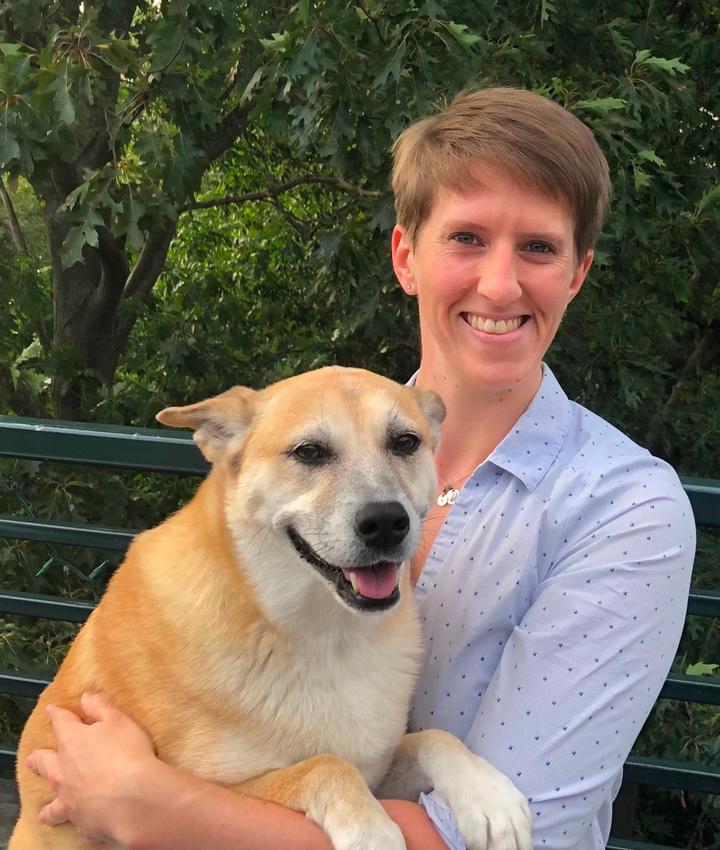